Skip to content
With Kauri exchange you can very easily change your bitcoin for Kauri. It only takes 3 simple steps everyone can do. The exchange is connected to the Latoken exchange, which means you are trading with real people in real time.

Buying Kauri is instant, you only need to wait for the transactions to be confirmed between addresses. Keep in mind that a bigger purchase can end up giving you a little less Kauri then what is shown in the original order, but their value changes adequately.

Selling your Kauri can take longer. When theres a bigger amount of sales, your Kauri might not find a buyer. After 24 hours you are allowed to cancel your order and get your unsold Kauri back. (Unsold Kauri is returned after 7 days automatically). 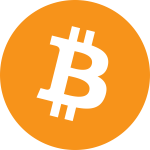 Exchange them for Kauri

Please keep in mind: the values presented during the order are only indicative, the end result may differ. (Circumstances of such difference are for an example depth of the market or the fees on each blockchain)

Go to the exchange:

The Exchanger agrees, and the Company agrees to the rules of use of the “Kauri Exchange Office” based on the following business conditions:

1.1 The exchange rates displayed on the Exchange Office come directly from the LAToken cryptocurrency exchange, from where they are obtained through their current publicly available record (the so-called LAToken API).

1.2 During the processing of the shift, a so-called order is also created in an adequate value, directly on the LAToken exchange, specifically for the KAU / BTC pair.

1.3 The “Kauri Exchange Office” is thus only an intermediary for the exchange of bitcoins for Kauri (or vice versa) through the LAToken exchange, and not one of the active parties to the exchange.

1.4 The Exchanger declares that he has become acquainted with the Kauri cryptocurrency strategy, as well as he is familiar with the Bitcoin cryptocurrency project and has obtained all the information necessary to make the decision to exchange bitcoin for Kauri (or vice versa).

2. The Course of the Exchange of Bitcoin for Kauri

2.1 The exchange process begins by filling out the order on the website of the “Kauri Exchange Office” where one fills in how many bitcoins they want to buy in exchange for Kauri, and also their receiving address for Kauri (i.e., the address of the Ethereum wallet with ERC20 token support).

2.2 The Exchanger is obligated to save the identification number of his transaction (transaction ID); it being the Exchanger’s only identifier, which in case of complications is used to find the transaction in the Company’s database.

2.4 After the approval of the transaction sent by the Exchanger by the Bitcoin network, the system takes the given amount, automatically deducts all fees – LAToken exchange fees, network fees, 2% trading fee, 1% risk fee and 2% exchange commission – from the transaction and places the remainder on the LAToken exchange as a so-called market order, which immediately buys Kauri from the at the moment available offers from the so-called order book. The amount of Kauri purchased in this way is automatically sent to the receiving address (i.e., the address of the wallet) which the Exchanger entered during the creation of the order.

2.5 The delivery of Kauri to the receiving address (i.e., the address of the wallet), which the Exchanger entered during the creation of the order, completes the exchange.

3. The Course of the Exchange of Kauri for Bitcoin

3.1 The exchange process begins by filling out an order on the “Kauri Exchange Office” website, in which one fills in for how much Kauri they want to buy bitcoins and their receiving address for bitcoins.

3.2 The Exchanger is obligated to save the identification number of his transaction (transaction ID); it being the Exchanger’s only identifier, which in case of complications is used to find the transaction in the Company’s database.

3.3 As part of the third step of the order, the Exchanger will receive information on the number of Kauri and the address of the wallet to which the number of bitcoins is to be sent. Thus, for the correct course of the exchange, the Exchanger must enter this data precisely when sending the transaction.

3.4 After the approval of the transaction sent by the Exchanger by the network, the system takes the given number and automatically places it on the LAToken exchange as a so-called limit order. Which then creates an offer at the current exchange rate and deposits it into the so-called order book. Here Kauri wait until, or if, at the given price someone buys them.

3.4.1 After all the Kauri offered in this manner are automatically sold to the receiving address previously entered by the Exchanger during the order creation, the number of bitcoins thus obtained –reduced by all fees – LAToken exchange fees, network fees, 2% trading fee, 1% risk fee and 2% exchange commission — will be sent.

3.4.2 If the given number of Kauri (or a part of it) does not find a buyer after 24 hours (from the delivery of Kauri from the Exchanger to the address of the Exchange Office), the Exchanger has the option of cancelling their order, as a result of which the unsold part of the Kauri will be returned to his original wallet address. If the Kauri tokens remain unsold after 168 hours, the order will be cancelled automatically (and with it the unsold number of the Kauri).

3.5 The exchange is terminated

3.5.1 either by the delivery of the number of bitcoins obtained by the sale of Kauri at the LAToken exchange to the receiving address (i.e., the address of the wallet), which the Exchanger entered during the creation of the order.

3.5.3 In the case that the LAToken fails to sell the entire quantity of Kauri which the Exchanger entered during the creation of the order and sent to the address of the Kauri Exchange Office, the exchange, with an adequate combination of partially fulfilled conditions from points 3.5.1 and 3.5.2, will be considered terminated.

4.1. The risk of a loss of the Exchanger’s private key to his wallet, where Kauri or bitcoin are stored. The Exchanger must have the private keys stored in a secure place and bears full responsibility for their potential loss, thus the loss of their cryptocurrencies. The Company is not liable for an incorrectly entered Exchanger’s address of the wallet in the order process nor for any Kauri sent to the wallet entered by the Buyer, which does not support ERC20 tokens. For Kauri, the Company recommends the software wallet MyEtherWallet and the hardware wallet Trezor, which accept ERC20 tokens.

4.3. The Exchanger is aware that the exchange of bitcoin for Kauri (or vice versa) does not subject to any regulation nor investment protection from the term of any state. Kauri is a cryptocurrency of a shared economy with an open ledger, blockchain on Ethereum. The Company exchanges bitcoin and Kauri “as they are” and is not liable for any changes or impediments to the proper operation caused by the changes in their networks.

4.4 At the same time, the Company does not bear any liability in the cases when the Exchanger either or both loses the identification number of their transaction (i.e., the transaction ID), and does not abide by the instruction; either, sending their cryptocurrencies, for the purpose of exchanging it, to the address of the wallet of the Exchange Office in other quantities than instructed, or sends them directly to the wrong address, or both.

5.1. The Company does not unnecessarily collect personal data. Only the data necessary to carry out the Exchanger’s order (i.e., the address of the software/hardware wallet, or the network interface identifiers (IP addresses) are collected and stored in the Company’s secure database.

There’s a lot going on with Kauri these days. Everything constantly improves and new information is coming every moment.

For those kind of news: Join our Telegram group or Twitter .

There is also that kind of information nobody should ever miss. As new project or big exchange listing. We would be thrilled to notice you about it. Don’t worry, we know email (spam) marketing doesn’t work, we’ll contact you only when there is something worth emailing you.